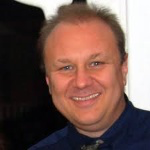 Brian Salisbury is an Associate Professor, Lecturer at The Entertainment Arts and Engineering Program at the University of Utah in Salt Lake City, Utah. Throughout his career in the film, games, computer graphics and academia, he has specialized 3D character production, character animation, motion capture, and technical art.  Prior to academic service at the University of Utah and the University of Central Florida, Brian worked as a character lead at various studios including Microsoft Game Studios, Take Two Interactive, Kodiak Interactive, and as a senior digital sculptor at Viewpoint Datalabs.